Showing XX filtered results
No Results Found
We didn't find any communities that matches your search. Please adjust your filters and try again.
FROM THE LOW $500s 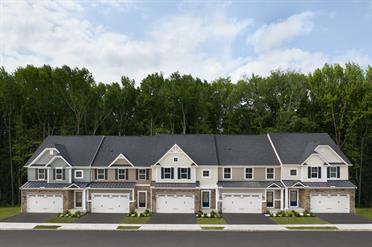 Fairways at Laguna Oaks
Cape May Court House, NJ
FROM THE UPPER $200s 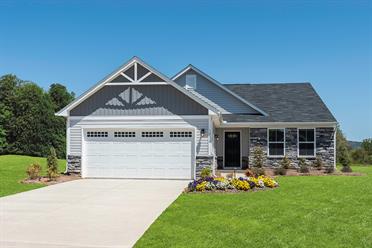 FROM THE UPPER $200s
Lifestyle at Cumberland 55+
Millville, New Jersey

Lifestyle at Cumberland 55+
Millville, NJ
Have questions about our communities?
I can help you find the right one in the location where you want to live.

Hi, I'm Sarah
Have questions about our communities? I can help you find the right one in the location where you want to live.

Cape May County is in the southern corner of New Jersey and enjoys a temperate climate with warmer temperatures than you would expect in the winter and cooling sea breezes in the summer. Most of the county sits on a peninsula jutting into Delaware Bay, providing scenic views that attract homeowners to purchase new homes in Cap May County. The area boasts a National Wildlife Refuge and is becoming known for its wineries and other attractions. However, the main draw to the area is the city of Cape May, which is designated a National Historic Landmark because of the abundance of well-preserved Victorian homes and buildings and is close to popular Atlantic City. There are numerous golf courses nearby. Our new homes in Cape May County are easily accessible via the Garden State Parkway, and Atlantic City Airport is within easy reach as well.

New Homes in Cape May County Near Historic Sites

The city of Cape May was established in 1620, and vacationers, mainly from Philadelphia, flocked to the popular seaside resort from as early as the middle of the 18th century. Vacationers today enjoy the Cape May Historic District that features a generous number of well-maintained Victorian homes. Visitors delight in these elaborately detailed structures with their gingerbread embellishments like trim, brackets, fretwork, finials and balusters. These Victorian homes are often called "painted ladies" for their colorful contrasting paint colors that complement the architectural details, and our new constructions in Cape May County all lie within close reach of the area’s myriad attractions.

Cape May County offers shops, restaurants and historic bed-and-breakfast hotels, along with attractions and activities associated with the Jersey Shore. A popular boardwalk lines the highly rated white sand beaches, featuring restaurants, shops and entertainment. While in Cape May County, people engage in outdoor adventures such as whale watching, boat trips and bird watching. The area is also known as a sport fisherman’s paradise. Our new homes in Cape May County are near the growing number of local wineries and numerous attractions such as the signature Cape May Lighthouse.

Homes for Sale in Cap May County Near Wildlife Refuges

The Cape May National Wildlife Refuge protects the habitat of a wide range of migratory birds and other animals from increasing development in the county. Visitors will find shorebirds, including sandpipers and songbirds such as Wood Thrushes. There are also several species of raptors at the preserve, including hawks, Bald Eagles, Ospreys and owls. Peregrine Falcons, listed as an endangered species, are commonly seen at the refuge during their migration.